Sherry Wines
Description:
Sherry is a fortified wine made from white grapes that are grown in the province of Cádiz in Spain.

Types of Sherry
Fino Sherry
Fino is the most dry and pale Sherry. It is aged in barrels under the ‘flor’ (a film of its own yeast.) These sherries have bread notes and are best served chilled.

Manzanilla Sherry
This is a light variety of Fino Sherry that is only made in Sanlúcar de Barrameda.

Amontillado Sherry
These tend to be dry wines that are barrel aged under the flor, then cask-aged. The flavors tend to be woodsy with candied fruit and nut elements.

Palo Cortado Sherry
These tend to have elements of both light and dark sherries.

Oloroso Sherry
These tend to be richer and darker wines that also have the highest levels of alcohol (18-20%). These are natural dry, and the sweetened versions are called Cream Sherry. 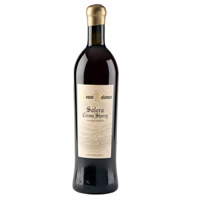